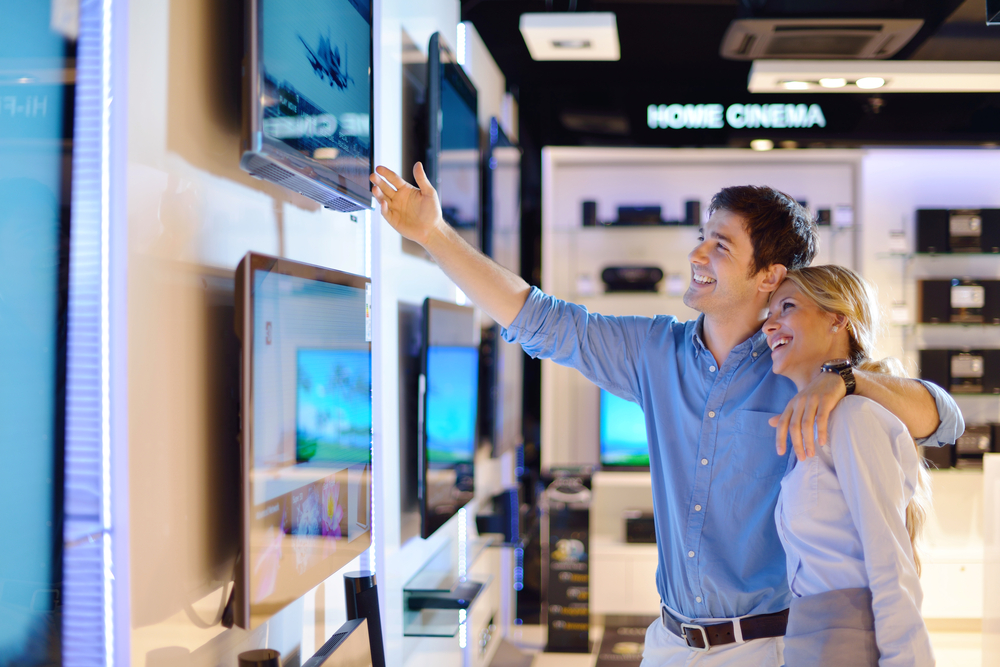 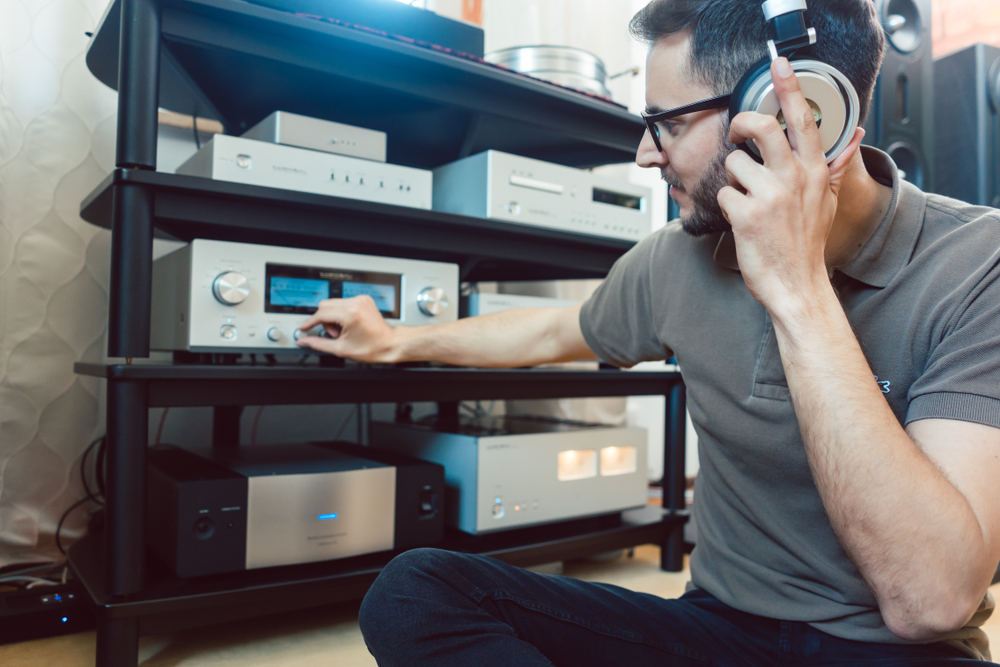 We live in what is being called the digital age. It was not that long ago that one computer was large enough to fill an entire room to do minor tasks and, today, we carry computers in our pocket in the form of cell phones. What may surprise you, however, is that computers and software have so integrated themselves in our daily life, we now use them without even thinking. These software programs are not only part of our everyday life, they may actually have changed the face of computing.

In 1987, the SCA virus, created by the Swiss Cracking Association which gave the virus its name, wreaked havoc among users of the Commodore Amiga. Although it was not the first computer virus and not really destructive, it was highly annoying. It simply displayed a message stating “something wonderful has happened…your Amiga is alive,” leading to newspaper stories of “possessed” computers. It became the first computer virus to spread so rapidly, going from malware to global fright in a short time. Hackers saw the potential in viruses and worked to top the annoying SCA virus with something more sinister. In 1989, the AIDS trojan for MS-DOS encrypted user-data and demanded payment for the user to get it back, demonstrating how dangerous computer viruses could be. These viruses gave birth to antivirus software, something we use every day in our desktops and laptops without even realizing we are doing so. Antivirus software can be run on its own or run in the background while you are working to protect your system from virus infections which can be as minor as the SCA virus or as lethal as the AIDS trojan.

Not long ago, when tax time rolled around, you had to carry all your information to an accountant or licensed tax preparer to file your income tax forms. Those who completed the basic forms that simply used standard deductions and income information could fill them out on their own, but anything beyond that required extensive education. Today, tax software has made it easier than ever to file your taxes even if they are complicated. In fact, approximately 30 percent of all taxpayers used tax software last year as opposed to taking their taxes to places like H&R Block, Jackson Hewitt or an accounting firm. One reason for this is that tax filing using a computer program is much less expensive than using a brick-and-mortar firm, especially if your taxes are not all that complicated. Some software companies allow you to file simple returns electronically for free. You still need to gather your receipts, tax forms and other information to enter into the program but you can do it in the comfort of your own home, using laptops while sitting in your recliner in your pajamas, and file your taxes much sooner than if you used a firm to do the same thing.

Another type of computer program you may not be aware you use regularly is video software. Programs like Windows Movie Maker, Apple iMovie and others are designed to help you create your own edited videos that are saved in the cloud. These programs are designed for the novice user, allowing you to connect one clip to another, add some transitions and save your video online for easy access. Many of these video editors are included for free with new laptops or computers and many are pretty easy to learn.

If you are searching for discounts on computers and software, visit EmployeesandMemberDiscounts.com. We offer a wide range of savings that were previously only available to members of certain organizations, like alumni or students, or those employed in specific industries, like first responders or healthcare. We have made them available to everyone with no membership fee and an easy sign up form.

There are many consumer electronics we can install in our home that make our lives easier. You can find Bluetooth-enabled toothbrushes or toasters that print a selfie on your bread. Although these items sound fun, they aren’t exactly a necessity. However, there are some electronic devices that every household should consider.

Whether you use a desktop or laptop, there are computer accessories you need to keep things running smoothly. Although computers come with their own storage, it does not take long for you to fill that storage up. A USB or microSD card is a great way to add extra storage without taking up additional space on your desk. They are also portable for when you travel with your laptop. If your laptop has an HDMI port, you will need a cable that will allow you to connect to a television or external monitor. A wireless external mouse is also beneficial, especially if you spend a lot of time on your laptop playing games. You can find many versions that have programmable buttons for games as well.

Television pictures have come a long way over the past few years with the growth of LCD TVs but manufacturers have not kept up with the sound systems. Unfortunately, today’s flat-screens do not allow for much room for good speakers. Even high-end LCD TVs suffer from poor sound quality and many users report sound being the most frustrating part of their viewing experience. If you turn the sound up to match the quality of the video, you end up with loud commercials, quiet dialog or an annoying buzzing sound. The answer is to install sound bars for better audio. These are compact, horizontal speakers that sit below the screen and take over the audio for your television. Some versions also include a wireless subwoofer that provides the deep, bass sounds and can almost mimic surround sound versions. Others have several smaller speakers that specialize in bass or treble. Sound bars are a great way to improve the audio in your flat screen television.

Today, most surround sound systems use wireless speakers to fill your room with sound. It is important to remember that wireless speakers do have some drawbacks. For example, they have a limited range and a speaker at the edge of the range may not have good sound quality. They also need a power source and if that is not a battery, the speaker will need to be plugged in. You want to choose speakers that use up-to-date technology which includes infrared digital signals as older versions may interfere with Wi-Fi equipment, microwaves and cell phones. In addition, many wireless systems are not totally wireless as some components must be connected by wire to other components.

If you are looking for consumer electronics, visit EmployeeandMemberDiscounts.com. You can find savings that were previously only available to employees and members of specific organizations, such as healthcare workers, first responders, alumni or senior citizens. Our perk experts have searched and compiled some of the best discounts available, making them available to everyone. There is no membership fee and you can begin saving as soon as you sign up.

If you or your child is a serious video gamer, you know that gaming can be extremely expensive. Today, it is possible to make playing video games a career with the ability to become a beta tester, play in the hundreds of tournaments out there or even reviewing new games before they are released. Those opportunities are rare, however, which means you may have to support a video game habit on your own. These tips can help you save money without giving up your video games.

When the only way to play a game was to buy a physical copy, pre-ordering was important as stores could run out of a popular release. Today, with online gaming the most common way people play, pre-ordering is not as necessary and you could be stuck with a game that you really don’t like. Instead, check out reviews online the day a game comes out to decide if you want to purchase it or not. The only exception to this would be a sequel to a popular game that you already play that you know you will purchase regardless of reviews.

Hold Off for at Least a Week

Waiting for a week, or even a month, is another great way to save money on video games. Everyone who pre-ordered the latest and greatest game only to find they don’t like it will try to sell the game back at places like Game Stop. Within a week, you will see used video games for $10 or more less than they were when they were first released. If you can wait a month, the price will drop as much as half. If you can wait even longer, you may get the game for next to nothing. For example, when “Bioshock Infinite” came out in 2013, it was immensely popular and even won awards. Today, you can purchase it for less than $10.

When the newest gaming consoles are released, you may find games for the older systems on sale for much lower prices. New consoles are released every three to five years so if you can hold off until then, you can often find some of the most popular games for the older systems for $5 or less. However, you don’t want to wait too long or you may end up paying more. GameCube games are now selling for more than $60 online while “Mario Kart 64,” released in 1996, still costs as much as it did when it was new.

Online gaming developers often release extra contents for a game that may be enticing. These used to be free extras that they didn’t have time to get into the game before it was released. Today, they are major parts of the game that you will need to play, requiring you to pay for and download the extras. If you wait, however, you may be able to purchase multiple extras in a gaming pack that costs significantly less than purchasing each extra by itself.

The video game deals lie in used video games. As mentioned, people who pre-order a game and then find they don’t like it will often take it to a local store to trade in on something different. They don’t make much in the trade-in but you can benefit from their decision by getting an almost new game at good video game discounts.

If you are looking for the best video game discounts, sign up for EmployeeandMemberDiscounts.com. We have collected some of the best video game deals that were previously only available to employees in certain industries or members of specific organizations. Now, they are available to anyone with no membership fee and discounts that begin immediately. Sign up today by filling out the easy form or giving us a call for more information.